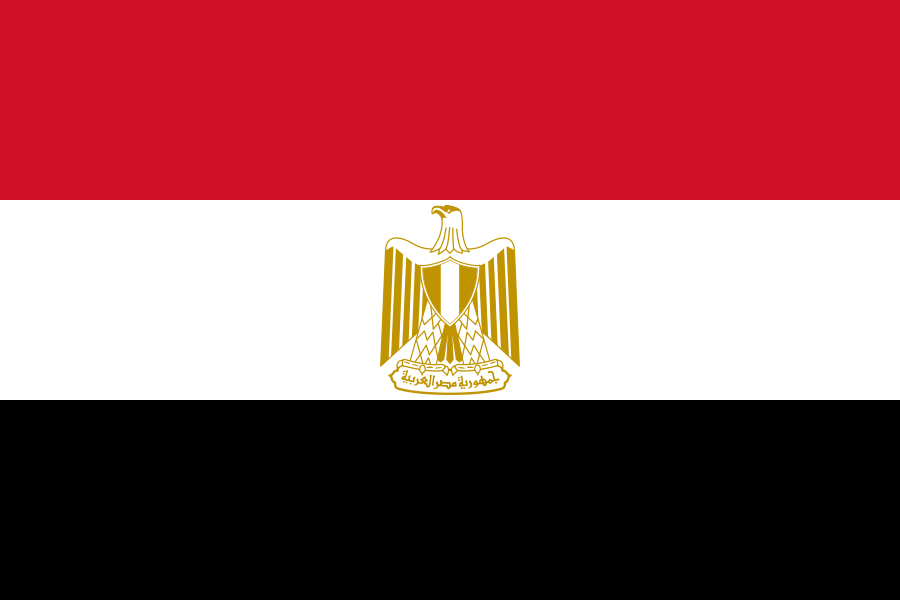 Egypt, officially the Arab Republic of Egypt, the country in northeastern Africa and southwestern Asia. Most of the country lies in Africa, but the easternmost portion of Egypt, the Sinai Peninsula, is usually considered part of Asia; it forms the only land bridge between the two continents. Most of Egypt’s terrain is desert, divided into two unequal parts by the Nile River. The valley and delta of the Nile are the main centers of habitation. The capital and largest city are Cairo.

Agriculture
Even though its contribution to GDP has declined considerably in the last 15 years, from 25.6 percent in 1985-86 to 17 percent in 1999, agriculture remains a significant contributor to Egypt’s economy, accounting for 20 percent of commodity exports. In 1998, according to the CIA World Factbook for 2000, 40 percent of the labor force was employed in the agriculture sector.

Cotton has been the country’s largest agricultural export product for many years. The proportion of land cultivated with cotton has dropped significantly over the last 4 decades, from 924,000 hectares in 1962 to 227,000 hectares in 2000-01. For most of the century, cotton has been heavily subsidized by the government. These subsidies, however, were lifted in the mid-1990s and, as a result of higher cultivation costs, cotton exports have dropped from 121,500 metric tons in 1993-94 to only 45,000 metric tons in 1996-97.

In an attempt to reverse this trend, the government moved to raise the purchase price of cotton above international market levels. This was coupled with a move to import lower-grade cotton in March 1996 to allow for the export of better-quality cotton, and the full liberalization of the cotton trade in 1998-99. Higher price incentives have led to increased production and higher export deliveries, but the cotton trade is threatened by dwindling acreage.

Wheat and rice outputs have grown dramatically since the early 1990s, particularly since 1994 when all subsidies for fertilizers, seeds, and pesticides were lifted. The result has been self-sufficiency in several important commodities. Today, 95 percent of the wheat and rice crops are used to satisfy domestic consumption but, despite increased output, Egypt continues to be a large importer of food, especially agricultural products. Imports of wheat rose by 8 percent in 1996-97 and have generally accounted for more than a quarter of total imports.

Egypt’s agricultural sector remains one of the most productive in the world, despite the small area of arable land and irregular and insufficient water supplies. Farmers do not have to pay for water used in irrigation. Since the construction of the Aswan Dam on the Nile river, the sector’s development has been hindered by the problems of waterlogged soil and soil with high salt content. Drainage efforts have proved insufficient to counter the harmful effects of these 2 factors to the sector’s performance. Since the mid-1980s, the government has attempted to reclaim the desert for cultivation and has managed to successfully reclaim some 1 million acres of desert. Plans are underway to reclaim an additional 3.5 million acres by the year 2017 with the South Valley Development project near Lake Nasser. These efforts, however, are countered by the fast pace of urban and industrial expansion, which has been claiming an average of 31,000 acres a year.

Rivers and lakes
The Nile enters Egypt from Sudan and flows north for 1,545 km (960 mi) to the Mediterranean Sea. For its entire length from the southern border to Cairo, the Nile flows through a narrow valley lined by cliffs. Lake Nasser, a huge reservoir formed by the Aswan High Dam, extends south across the Sudan border.

Aswan High Dam, a dam across the Nile River in southern Egypt, located near the city of Aswan. The dam impounds Lake Nasser, one of the largest reservoirs in the world.

Natural Resources
Egypt has a wide variety of mineral deposits, some of which, such as gold and red granite, have been exploited since ancient times. The chief mineral resource of contemporary value is petroleum, found mainly in the Red Sea coastal region, at Al ‘Alamayn (El ‘Alamein) on the Mediterranean, and on the Sinai Peninsula. Other minerals include phosphates, manganese, iron ore, and uranium. Natural gas is also extracted.

Plants and Animals
The vegetation of Egypt is confined largely to the Nile Delta, the Nile Valley, and the oases. The most widespread of the few indigenous trees is the date palm. Others include the sycamore, tamarisk, acacia, and carob. Trees that have been introduced from other lands include the cypress, elm, eucalyptus, mimosa, and myrtle, as well as various types of fruit trees.

The alluvial soils of Egypt, especially in the delta, sustain a broad variety of plant life, including grapes, many kinds of vegetables, and flowers such as the lotus, jasmine, and rose. In the arid region’s alfa grass and several species of thorn are common. Papyrus, once prevalent along the banks of the Nile, is now limited to the extreme south of the country.

Birdlife is abundant, especially in the Nile Delta and the Nile Valley. The country has 153 known species of birds. Many species of insects live in Egypt. Beetles, mosquitoes, flies, and fleas are especially numerous.

In 2004 the agricultural sector (including fishing) contributed 15 percent of the GDP the most important crops include cotton, cereal grains, fruits and vegetables, and animal fodder. Egypt’s area of cultivable land is small but highly fertile. It is located for the most part along the Nile and in the Nile Delta. Yields are high, and almost every piece of land grows at least two crops a year. The country ceased to be self-sufficient in cereals at the beginning of the 20th century, although it still exports some poultry, fruits, vegetables, sugar, and rice. It now imports about a quarter of the cereals it needs and a much higher proportion of the meat and dairy products.

Fishing
Fishing is a significant industry in Egypt. Large quantities of fish live in the Nile, the Mediterranean Sea, and the Red Sea.

Climate
Hot dry summers from May to October and mild winters from November to April characterize Egypt’s climate. Rainfall is very low, irregular and unpredictable. Annual rainfall ranges between a maximum of about 200 mm in the northern coastal region to a minimum of nearly zero in the south, with an annual average of 51 mm. Sinai receives somewhat more rainfall than the other desert areas (about 120 mm annually in the north) so the region is dotted with numerous wells and oases (MWRI, 2005). Summer temperatures are high, reaching 38°C to 43°C with extremes of 49°C in the southern and western deserts. The northern areas on the Mediterranean coast are cooler, with 32°C as a maximum.