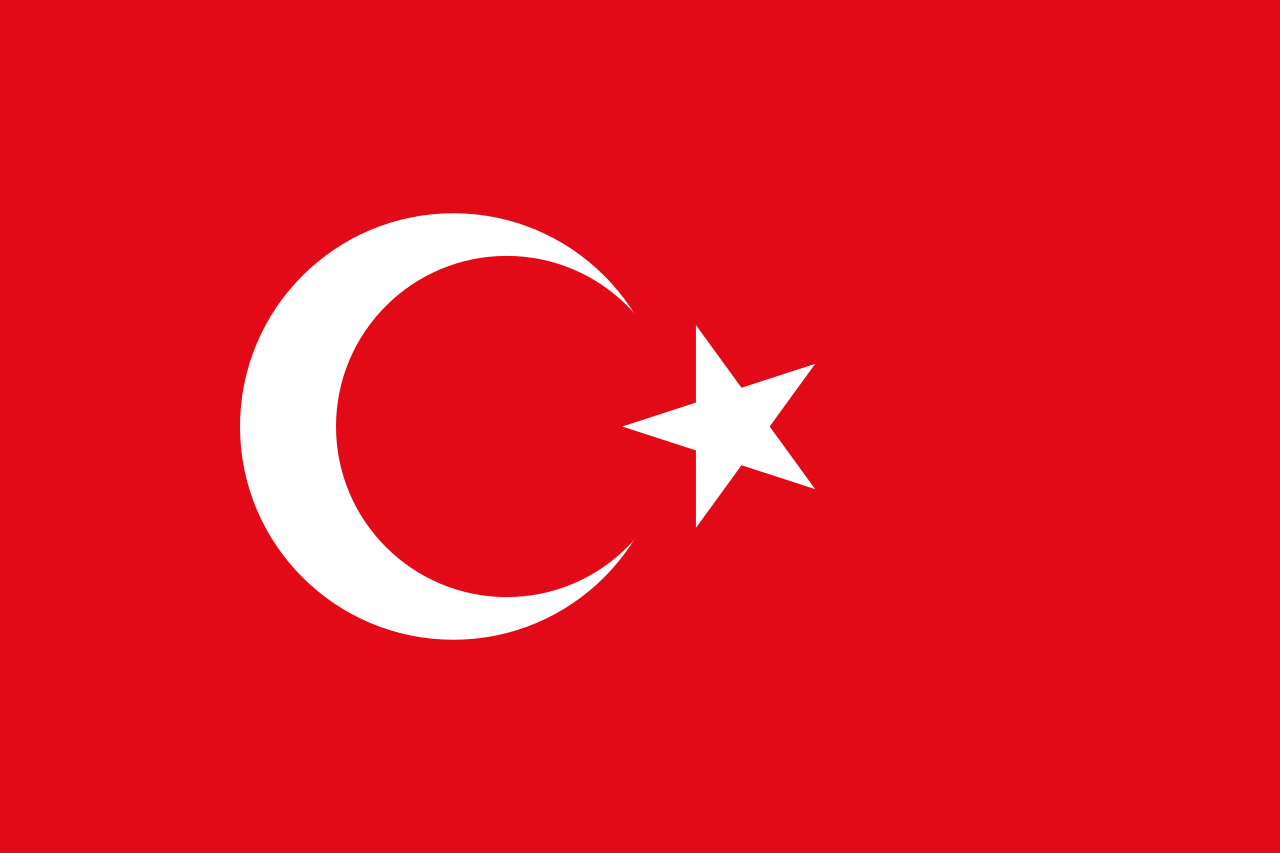 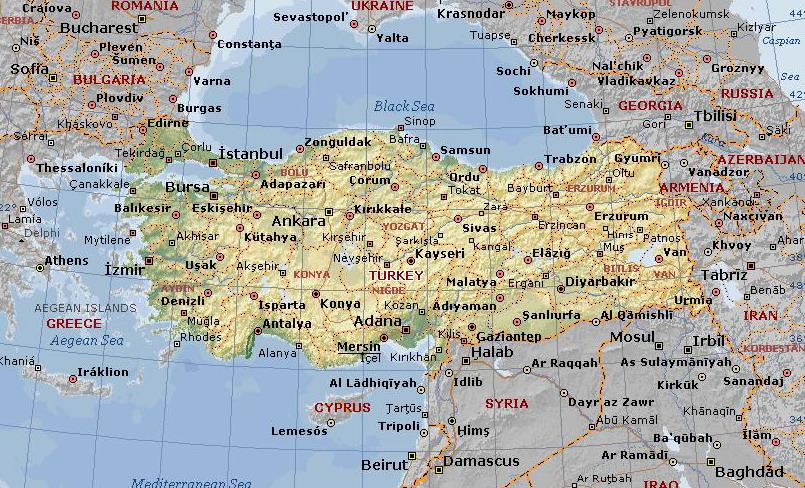 Türkiye and capital Ankara are located in the northern half of the hemisphere, in an area where the Asian, European and African continents come very close to each other, and surrounded from west to east by Greece, Bulgaria, Georgia, Armenia, Azerbaijan (Nakhichevan), Iran, Iraq, and Syria. Türkiye has been separated into seven large geographical regions by taking into consideration factors such as climate, natural plant distribution and types of agriculture: the Mediterranean, Aegean, Black Sea, Marmara, Central Anatolia, Eastern Anatolia, and Southeastern Anatolia Regions. The actual surface area of Türkiye inclusive of its lakes and rivers is 814,578 square kilometers and has a land area in both Europe (3%) and Asia (97%). The coastlines of the country are surrounded by the Black Sea, the Aegean Sea, The Marmara Sea and the Mediterranean. The climate is characterized by variations of temperature and rainfall, depending on topography. Dry and hot summers, cold and rainy winters are the typical climatic conditions of Turkey.

Agriculture
The agricultural sector has been Türkiye’s largest employer and a major contributor to the country’s GDP, exports and rural development. Although concerning the industrial and service sectors, the share of agriculture has been declining, it nonetheless continues to play a fundamental role in Turkish society, employing about a quarter of the workforce and generating most of the income and employment in rural areas.

Livestock
Animal husbandry is an important part of Türkiye‘s agricultural sector and economy. Livestock products, including meat, milk, eggs, wool, and hides, contributed more than 33 percent of the value of agricultural output in the mid-1990s. Sheep and cattle are kept mainly on the grazing lands of Anatolia.

Climate
Türkiye has four seasons, but the climate varies widely across the country. Turkey experiences both maritime and continental weather patterns which, combined with its highly varied topography, cause extreme geo-climatic diversity. The Black Sea region in the north receives rain throughout the year and has both mild summers and mild winters. The southern coastal Mediterranean region is regarded as subtropical, characterized by hot, dry summers and mild, rainy winters. The Aegean region (Western Anatolia) has mountains that run roughly east to west (i.e. perpendicular to the coast) and which are interspersed with grassy floodplains. This region also has a Mediterranean type of climate with hot, dry summers and mild winters. Central Anatolia is a vast high plateau with an average altitude of 1 132 meters above sea level and a semi-arid continental climate with hot and dry summers and cold winters.

The average annual temperature is 18–20 °C on the south coast, falling to 14–15 °C on the west coast, and fluctuates between 4 and 19 °C in the interior regions, depending on the distance from the sea and the altitude.

The average annual rainfall in Türkiye is about 643 mm, with significant spatial and temporal fluctuations. Rainfall is scarce during the growing season in normal years in most parts of Türkiye. Overall, the western and southern coastal regions receive 800–1 000 mm of rainfall per year. The northern coastal zone (the Black Sea region) receives the highest annual rainfall (1 260–2 500 mm). Central Anatolia receives the lowest rainfall (200 600 mm) which, combined with high temperatures and high evaporation rates, causes drought during the summer months. Evaporation and/or evapotranspiration rates are high particularly in the southeast region, which receives almost no rainfall during the summer, and can reach more than 2 000 mm/year.

The southeast region records very low humidity levels, while the coastal regions have quite high levels, in line with precipitation rates.

Snow can be seen almost everywhere in Türkiye, but the number of snowy days and the period covered by snow differ from region to region. There is one or less snowy day in the Mediterranean and Aegean regions, whereas in parts of eastern Anatolia there can be up to 120 days of snow. On the high mountains, snow cover can be seen throughout the year, which melts slowly.