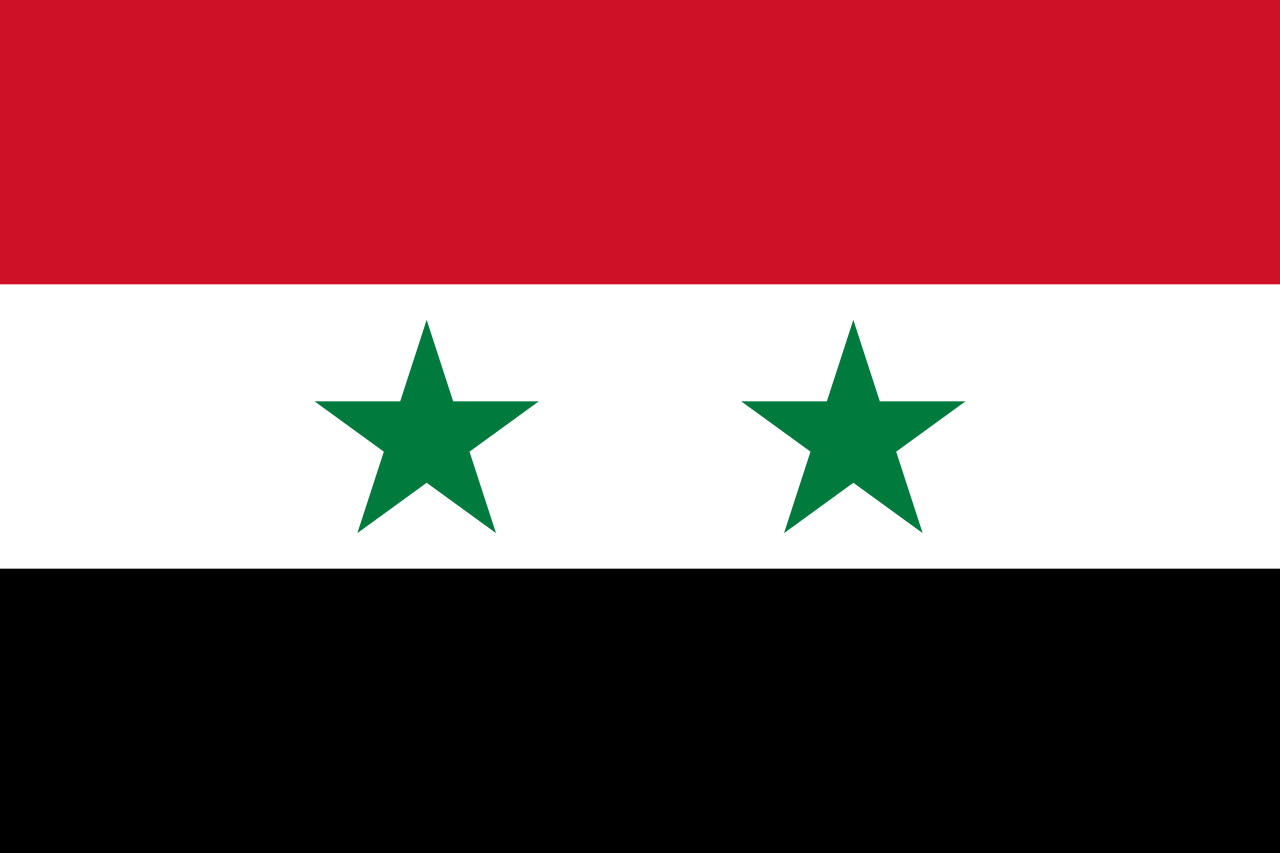 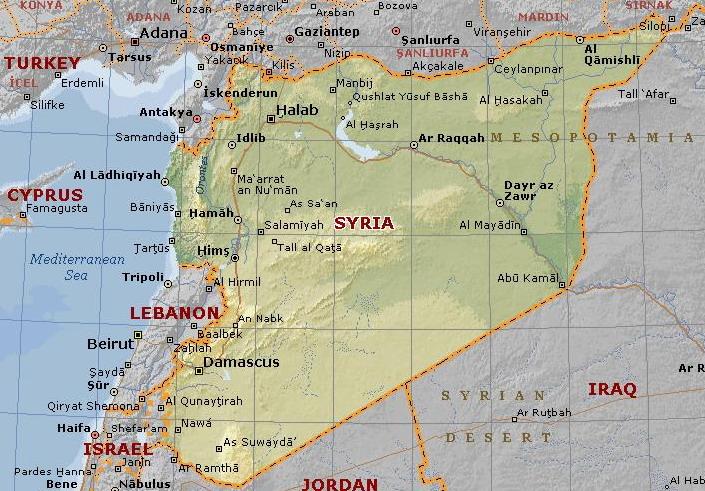 The Syrian Arab Republic, with a total area of 185 180 km2, is bordered in the north by Turkey, in the east and southeast by Iraq, in the south by Jordan, in the southwest by Israel and the west by Lebanon and the Mediterranean Sea. Administratively the country is divided into 14 governorates, one of which is the capital Damascus.

The country can be divided into four physiographic regions:

Agriculture
The agricultural sector in Syria accounted for 29 percent of the GDP in 1997 and employed an estimated 40 percent of labor in 1996, including a significant proportion of townspeople. The primary agricultural products are cotton, olives, wheat, barley, lentils, chickpeas, sugar beets, beef, mutton, eggs, poultry, and milk. Cotton, grown on irrigated land, is Syria’s premier cash crop. Besides providing employment and income for a significant amount of the population, it also has provided Syria with much needed hard currency. Until 1974, when it was superseded by oil as the largest Syrian export, cotton accounted for about one-third of Syria’s total exports. By the late 1990s, cotton accounted for almost 50 percent of the agricultural sector’s contribution to GDP. Nearly half of the cotton produced is used for local consumption by the largely export-oriented clothing and textile industry. Syria is also the second-largest olive exporter in the Arab world after Tunisia and is sixth in the world after Spain, Greece, Tunisia, Italy, and Turkey. According to the EIU Country Report, the total value of agricultural exports in 1998 was about 24 percent of total exports, while the share of agricultural imports in 1998 was nearly 16 percent of total imports.

The average farmer’s reliance on outdated and inefficient irrigation methods is a major obstacle to improving agricultural output. The introduction of drip, sprinkler, and subsurface irrigation methods is handicapped because of the limited amount of money available to the common farmer. Because of these shortcomings, Syria is susceptible to food shortages during long droughts.

Because of the government’s revitalization efforts during the 1980s and 1990s, the agricultural sector recorded a 10 percent increase in its share of GDP in 1998. This kind of liberalization effort has been essential to increasing agricultural production. The enactment of Decree #10 in 1986 allowed joint sector companies to be established with a minimum 25 percent stake to be held by the public sector. Pricing, production, and marketing of fruits and vegetables have also been placed in private hands. Liberalization measures since 1991 include the lifting of subsidies for seeds and pesticides and the reduction of the fertilizer subsidy.

Because of geographic and topographic conditions, Syria has no forestry sector. Fishing is also quite limited, with a few small and medium-sized boats fishing off the Mediterranean coast.

Livestock
Syria has a vast desert, the Syrian Desert, where large numbers of livestock are bred. It is well-known for a distinguished breed of sheep, Awassi sheep, which is esteemed throughout the world. Sheep from this breed was widely exported before the current crisis. The Syrian desert includes also many breeds of goats and dairy cattle. This livestock kept a sort of food balance as Syrians relied on red meat and white meat. However, there was a surge in the use of white meat and a decline in the use of red during the crisis due to the increase in the numbers of sheep and cattle which led to an increase in red meat prices. Also, dairy products from this livestock contributed, in a different way, to the food balance.

With the onset of the Syrian crisis, smuggling to neighboring countries led to a decrease in the numbers of livestock. Vaccination of livestock stopped in NSAG held areas since vaccination was carried out by advisory units and livestock care centers in villages and towns. There was also a decrease in the number of veterinary pharmacies and vets, in addition to the scarcity of veterinary medications in NSAG held areas as checkpoints prevented transporting these materials outside the regime areas. The excessive slaughter of livestock also contributed to the decrease in livestock numbers.

In addition to the challenges to the breeding of livestock, some diseases emerged, the most important of which was scabies (a parasitic arachnid that attacks the skin of animals) which surfaced recently and inflicted large numbers of livestock in the countryside of Hama, particularly in the east. The lack of medications to treat scabies, coupled with malnutrition, led to the loss of large numbers of livestock. Insufficient numbers of vets in the countryside contributed to the spread of scabies and made it uncontrollable. Livestock owners were in dire need of direction to select the convenient medication, in proper doses, and timing.

Pants and Animals
Syria has comparatively limited areas of abundant natural vegetation. On the whole the nonarable areas are too dry to support extensive plant life, and virtually all of the arable areas have been stripped of natural cover. Along the coast, however, are found some reed grasses, wildflowers, trees, and shrubs, including buckthorn and tamarisk. In the Anti-Lebanon Mountains are forests of Aleppo pine and Syrian and Vilonia oak.

The mammalian wildlife of Syria includes the antelope, deer, wildcat, porcupine, squirrel, and hare. Birds native to the country include the flamingo, pelican, bustard, ostrich, eagle, and falcon. Lizards and chameleons are found in the desert.

Climate
The Syrian Arab Republic’s climate is Mediterranean with a continental influence: cool rainy winters and warm dry summers, with relatively short spring and autumn seasons. Large parts of the Syrian Arab Republic are exposed to high variability in daily temperature. The maximum difference in daily temperature can be as high as 32°C in the interior and about 13°C in the coastal region. Total annual precipitation ranges from 100 to 150 mm in the northwest, 150 to 200 mm from the south towards the central and east-central areas, 300 to 600 mm in the plains and along the foothills in the west, and 800 to 1 000 mm along the coast, increasing to 1 400 mm in the mountains. The average annual rainfall in the country is 252 mm.