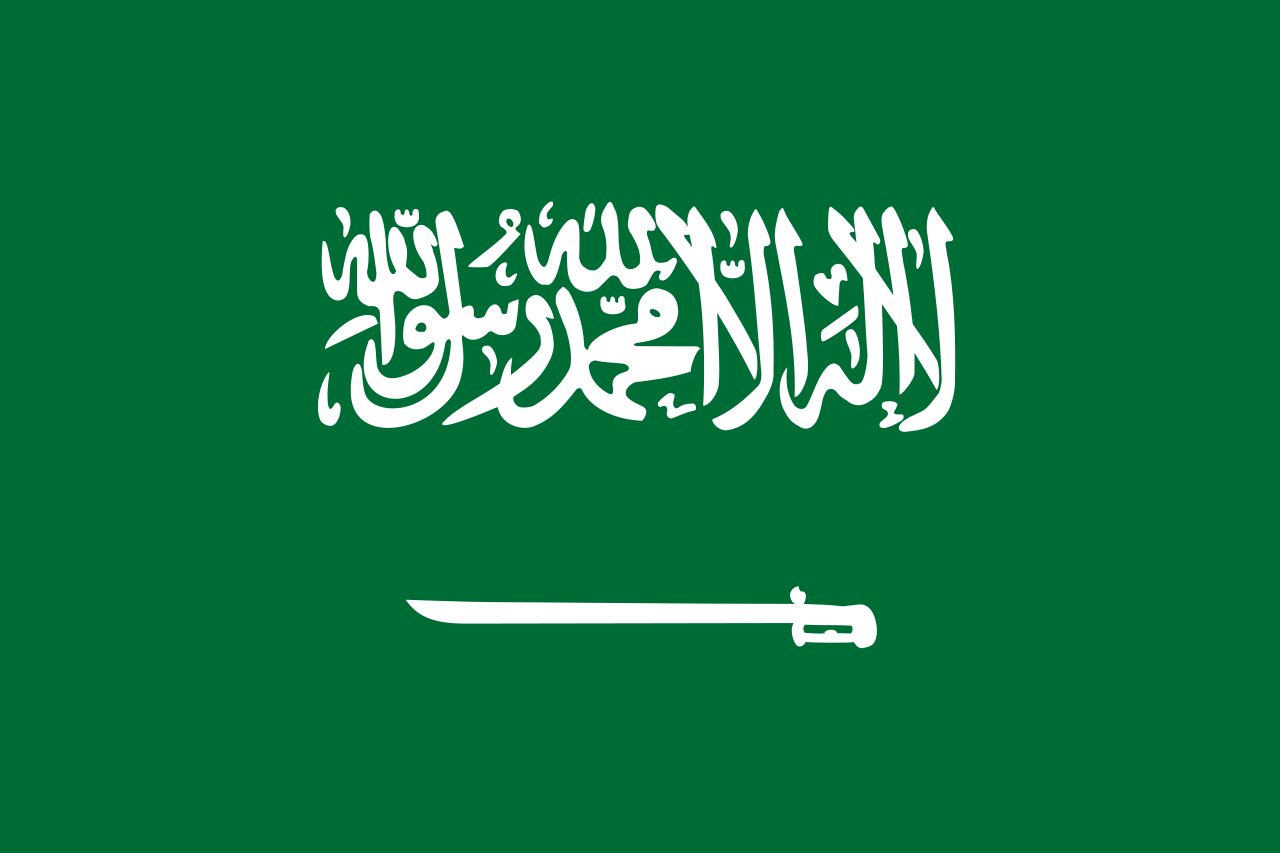 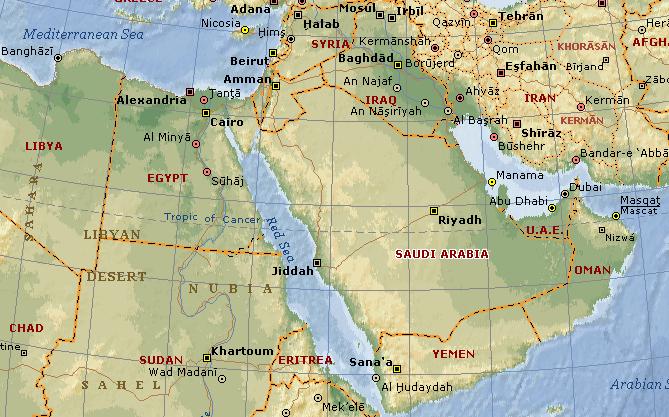 The Kingdom of Saudi Arabia and capital Riyadh, with a total area of about 2.15 million km2, is by far the largest country on the Arabian Peninsula. It is bordered in the north by Jordan, Iraq, and Kuwait, in the east by the Persian Gulf with a coastline of 480 km, in the southeast and south by Qatar, the United Arab Emirates, Oman and Yemen, and in the west by the Red Sea with a coastline of 1 750 km. It can be divided into four main physiographic units:

Agriculture and livestock
Agriculture is focused on the export of dates, dairy products, eggs, fish, poultry, fruits, vegetables, and flowers to markets around the world as it has achieved self-sufficiency in the production of such products. The government of Saudi Arabia is heavily involved in the agriculture industry, and the ministry of agriculture (part of the Ministry of Environment, Water and Agriculture) is primarily responsible for the agricultural policies in the nation. The private sector also plays a role in the nation’s agriculture, as the government offers long-term interest-free loans and low-cost water, fuel, electricity, and duty-free imports of raw materials and machinery.

Over the past decade, the agriculture of Saudi Arabia has drastically improved. Although Saudi Arabia is widely thought of as a dessert, it has regions where the climate has favored agriculture. Rain falls in winter every year in Saudi Arabia but with an average of a maximum of 100mm except in the Southern area of the country. The government, in particular, has aided with this process by converting large areas of the desert into agricultural fields. By implementing major irrigation projects and adopting large-scale mechanization, this has progressed in developing agriculture in the country, adding previously barren areas to the stock of cultivatable land.

In the 1970s, increasing incomes in urban areas stimulated the demand for meat and dairy products, but by the early 1980s government programs were only partially successful in increasing domestic production. Bedouin continued to raise a large number of sheep and goats. Payments for increased flocks, however, had not resulted in a proportionate increase of animals for slaughter. Some commercial feedlots for sheep and cattle had been established as well as a few modern ranches, but by the early 1980s, much of the meat consumed was imported. Although the meat supply was still largely imported in the early 1990s, domestic production of meat had grown by 33 percent between 1984 and 1990, from 101,000 tons to 134,000 tons. This increase, however, masked the dominant role of traditional farms in supplying meat. Although new projects accounted for some of the rapid growth during the 1980s, a sharp decline of roughly 74 percent in beef stock production by specialized projects during 1989 resulted in only a 15 percent fall in meat output. This reversal also highlighted the problems in introducing modern commercial livestock-rearing techniques to the Kingdom.

Fishing, however, was an underdeveloped aspect of the Saudi economy despite the abundance of fish and shellfish in coastal waters. The major reasons for the small size of this sector were the limited demand for fish and the comparative lack of fish marketing and processing facilities. Iraqi actions in releasing crude oil into the Persian Gulf during the Gulf War caused appreciable damage to fish and wildlife in the gulf. Data concerning postwar catches were not available in late 1992, but in 1989 the Food and Agriculture Organization of the United Nations estimated Saudi Arabia’s total catch at more than 53,000 tons.

Climate
Saudi Arabia lies in the tropical and subtropical desert regions. The winds reaching the country are generally dry, and almost all the area is arid. Because of the aridity, and hence the relatively cloudless skies, there are great extremes of temperature, but there are also wide variations between the seasons and regions. In the central region, the summer (May to October) is overwhelmingly hot and dry, with maximum temperatures of over 50 °C, while the winter is dry and cool with night temperatures close to freezing. There can be severe frost generally and even weeks of snow in the mountains. The western and eastern regions are hot and humid in the summer months, with maximum temperatures around 42 °C, while the winters are warm. Prevailing winds are from the north and when they blow coastal areas become bearable in the summer and even pleasant in winter. The northward wind produces sand and dust storms that can decrease visibility to a few meters in some areas. In the north, annual rainfall varies between 100 and 200 mm. Further in the south, except near the coast, annual rainfall drops below 100 mm. The higher parts of the west and south do, however, experience appreciable rainfalls and over some small areas, 500 mm/year is not uncommon. Long-term average annual precipitation has been estimated at 245.5 km3 /year, which is equal to 114 mm/year over the whole country.