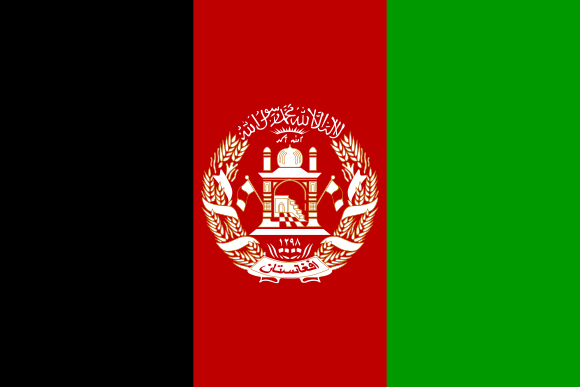 Officially the Islamic Republic of Afghanistan is a landlocked country located in South-Central Asia. Afghanistan is bordered by Pakistan in the south and east; Iran in the west; Turkmenistan, Uzbekistan, and Tajikistan in the north; and the far northeast, China. Much of its 652,000 square kilometers (252,000 sq. mi) is covered by the Hindu Kush mountain range at the western end of the Himalayas, separating the Amu Darya and Indus valleys. Kabul is the capital and largest city. 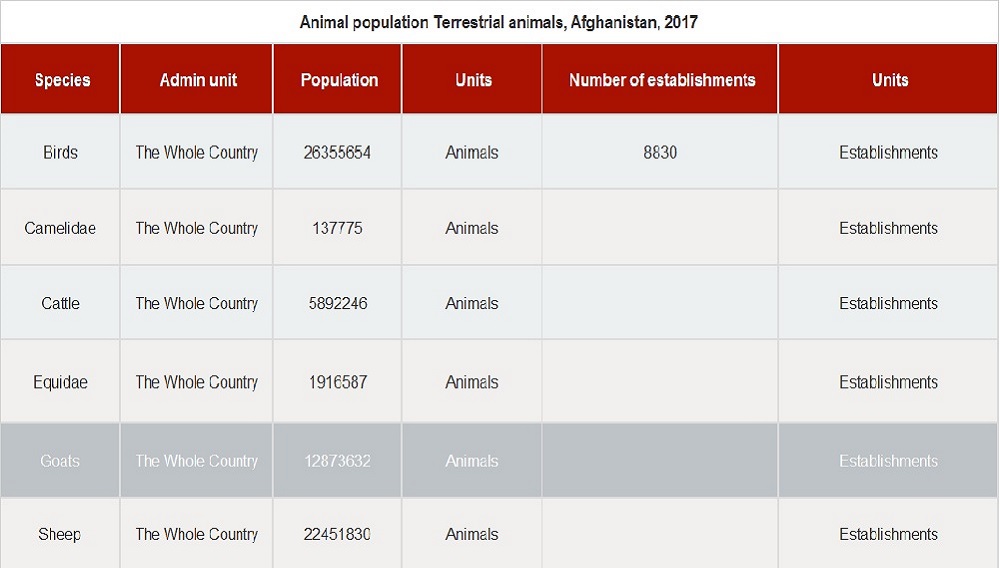 Agriculture, Forestry, and Fishing
Agriculture is the main source of income in Afghanistan; the country once produced enough food products for its own needs and a surplus for export. However, by 1989 around one-third of the cultivable land had been destroyed by war. The leading crops are wheat, corn, rice, barley, garden vegetables, various fruits, and nuts. The major industrial crops are castor beans, madder (used for red dyes), asafoetida, tobacco, cotton, and sugar beet. Afghanistan is widely regarded as the world’s largest producer of opium, a situation exacerbated by the internal dislocation accompanying civil war. The interim administration has attempted to ban poppy-farming but the UN reported in 2002 that opium production was soaring out of control as Afghanis attempt to produce high-value crops. Sheep-raising, the most important pastoral industry, usually provides large quantities of meat, fats, and wool for domestic consumption and wool and hides for export; there was an estimated 8.80 million head of sheep in 2003. The skin of the karakul, a breed of broadtail sheep raised in large numbers in northern Afghanistan, is highly valued. Livestock also includes substantial numbers of camels, horses, donkeys, cattle, goats, and poultry.

Plants and Animals
The plant life of Afghanistan resembles that of Tibet and the Himalaya region in general, as well as that of the Middle Eastern plains and deserts. Forests of cedar, pine, and other conifers are found at elevations of about 1,830 to 3,660 m (6,000 to 12,000 ft). As a result of overcutting, forests now occupy only about 3 percent of the land area. At lower elevations, such as shrubs and trees as hazel, pistachio, ash, juniper, and tragacanthin are found. Below the 914-m (3,000-ft) level, vegetation, consisting largely of herbs and some shrubs, is quite sparse. Many varieties of wildflowers bloom in the spring, both in the mountains and on the grassy steppes. Forest products include resin, asafetida, and piٌon (pine nuts), as well as timber and firewood. Among the various fruit trees are the apricot, peach, pear, apple, almond, and walnut. Date palms flourish in the extreme south, and pomegranates and citrus fruit grow in the vicinity of Kandahār and Jalālābād. Grapes and melons of excellent quality and unusual variety are common.

Indian, European, and Middle Eastern fauna inhabit Afghanistan. The dromedary and the Bactrian camel abound. Indigenous animals include mountain sheep, bear, ibex, gazelle, wolf, jackal, wildcat, hedgehog, and fox. The principal domesticated animals are sheep, cattle, and goats; others include donkeys, horses, mules, and the Afghan hound, a breed of hunting dog. The Karakul sheep of Afghanistan is famous for their pelts. Waterfowl, pheasants, quail, and many varieties of smaller land and shorebirds are also found.

Land and Resources
Afghanistan is a predominantly mountainous country; about three-quarters of its surface consists of uplands. The main lowlands are a series of river valleys in the north and various desert regions in the south and south-west. The principal mountain system of the country is the Hindu Kush, which, with its various offshoots, extends for about 965 km (600 mi) from the Pamirs, a range in the north-east, to the borders of Iran in the west. The average altitude of the Hindu Kush is about 4,270 m (14,000 ft); some peaks are about 7,620 m (25,000 ft) high. Natural passes penetrate the mountains of Afghanistan at various points, facilitating travel within the nation as well as communication with neighboring countries. In the Hindu Kush, the only pass lower than 3,050 m (10,000 ft) is the Shibar (2,987 m/9,800 ft), which connects the Kabul region with the northern part of the country. Probably the best known of the mountain passes are the historic Khyber Pass on the north-eastern border, which traverses the Suleiman Range and affords relatively easy access to Pakistan.

Climate
Climatic conditions in Afghanistan exhibit great daily and seasonal variations, largely because of the extremes in elevation that characterize the country. Afghanistan is a relatively dry country, the annual rainfall averaging about 305 mm (12 in). Most of the rainfall occurs between October and April. Sandstorms occur frequently in the deserts and arid plains. Despite the arid climate and mountainous terrain, the natural resources of Afghanistan are mainly agricultural. A variety of mineral deposits exists, but transport difficulties, war, and lack of native technical skills and equipment have hindered the full exploitation of such resources. Much natural gas is located in the north, and the country also has major deposits of iron ore. The arid climate and mountainous terrain are mainly responsible for the relative lack of soil development. The larger tracts of arable land in the fertile valleys are the only well-developed natural resource in Afghanistan.